So I missed quite a few Fridays. Alas, this happens. So it’s only my second 7QT!

And although this is (often) a Catholic thing, I promise I’m not going Lent-themed. Several of my friends are on hearing-about-Lent burnout, and in deference to you (and also to myself, I readily admit) I promise to discuss my life outside that purview! So enjoy.

So this one time I went to CPAC. Boom.
The first day of CPAC happened to also be my 23rd birthday.
And while many, many awesome things happened, and I met a great many people I’d been waiting to meet (insert name-dropping here)… this was kinda the highlight. 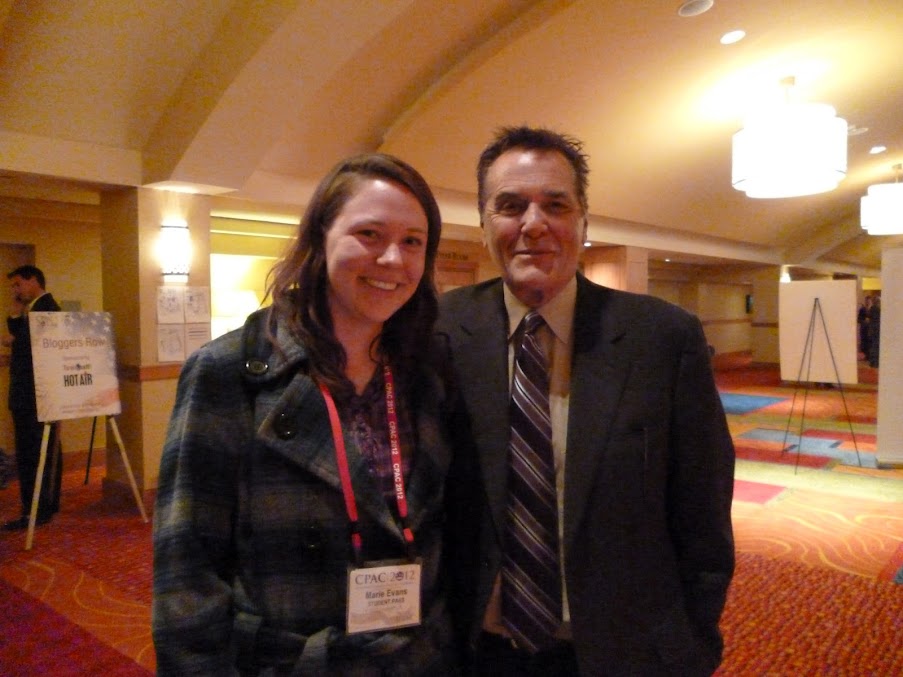 Chuck Woolery and I. Just hangin’ out, you know, like old pals.

I’m less than a month out from my marathon. Right now, it feels both incredibly exciting and incredibly frightening. I don’t suppose that’ll change in the next few weeks! Fortunately, my tendonitis seems to have healed up (fingers crossed/prayers sent) and I’ve been back on a regular running schedule for about a week now. Either way, my sister and I have made a pact to cross that finish line…even if we’re crawling.

How awesome are moms? (Also, dads). I feel like I say this every time I write something, but my mom helps me keep my sanity (and/or find it when it’s gone completely missing). I love knowing that every day she’s praying for me. Would that I could be that person someday.
Right now, her and Dad are in Florida wrapping up a two-week vacation that they, without a doubt, deserved. I’m looking forward to pictures!

I’ve developed an addiction to Castle. The TV series. The first season was on dvd at the library one day, and several friends have told me I would like it, so I picked it up… and watched it all in one weekend. (It was an abbreviated season…)
So far I’ve seen the first two. I’m holding off on even requesting the third season until my life is slightly less chaotic – why invite the temptation to take an entire weekend off? That said, spring break week…

How awesome is Jars of Clay? Maybe I’m the only one (correction: I know I’m not) but they are consistently one of my favorite groups of artists, across the years. This morning, “Worlds Apart”, was particularly good.

I still write handwritten letters. I send them in the mail and everything! It’s a habit I’ve never really outgrown, but when I realize that it takes me twice as long to hand write my thoughts as it does to type them, I get lazy. (Plus, I don’t have any stamps right now, and I don’t even know where the closest post office is to buy them. Guess I should figure that out, since I’ve lived here for six months now…)
That said, I have a goal to write letters and thank yous this weekend/next week, complete with slightly illegible scrawl and hand cramps. Because, if the people who receive them are anything like me, a real piece of mail is like the whipped cream on top of a hot chocolate.

That said… who predicted Winnipeg would be the top team of the Southeast Division at this point of the season? I’m betting none of you. That’s a rather interesting thing to watch right now – especially considering they’re battling Florida (yes, Florida) for division lead. I won’t be surprised to see the Caps find some sort of winning strategy as the regular season winds down and end up with it, but with Winnipeg… it’s rather up in the air. (SWIDT? Think about it.)

There ya go, folks!